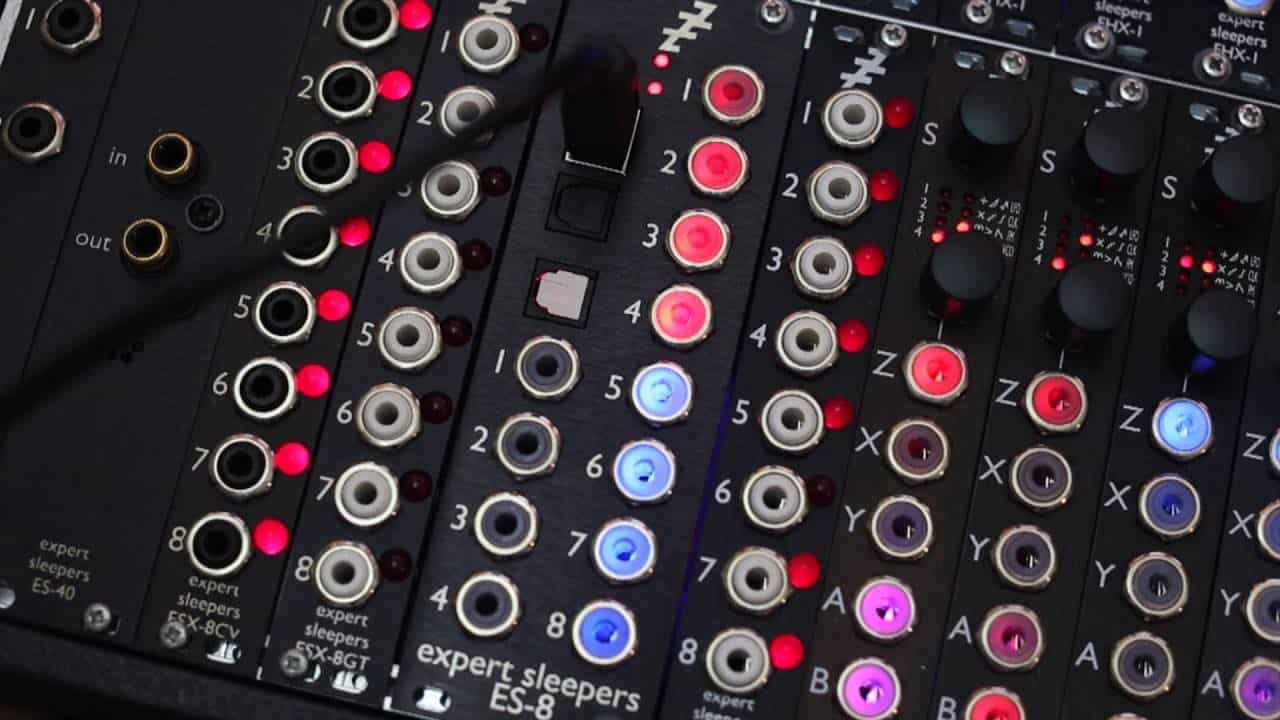 idsoundSeptember 17, 2016
Modular Synths0 Comments 0
Expert Sleepers Es-8 is USB Audio Interface in Eurorack format that supports iOS and MacOS devices. Technically it is 12 in 16 out interface having 4 audio mini-jack inputs and 8 outputs on its front panel. To expand no.of inputs and outputs you can connect ADAT audio interface and also Expert Sleepers ES-3 and ES-5 to expand number of outputs.
As another class compliant (which means it works with iOS) audio interface – Audio Damage Odio was discontinued, ES-8 seems to be obvious choice if you need USB Audio Interface in Eurorack. There are also Roland AIRA modules line that work as USB audio interface (2 ins – 2 outs) but those are not class compliant and don’t work with iOS.
ES-8 will be available starting from October 1st. Price is $550.