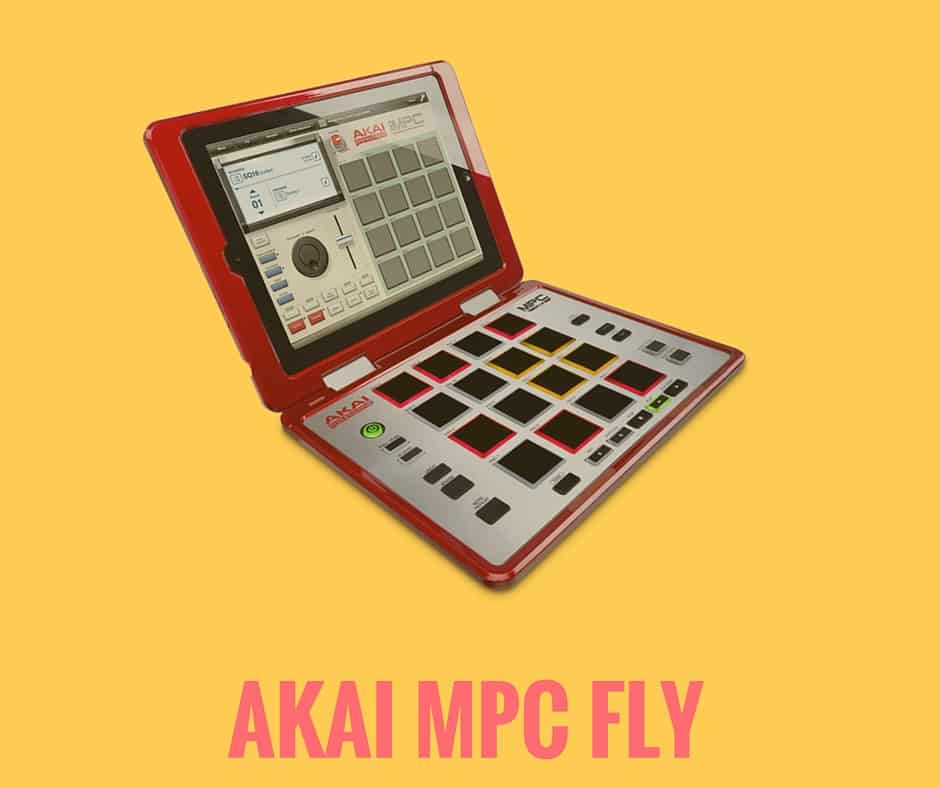 Just the thought of combining the swing and productivity of an MPC controller with the intuitiveness and mobility of an iPad is enough to make most producers dreams come true, now thanks to Akai its now possible to make MPC beats on the fly! Both the devices seamlessly combine to create a laptop styled case that protects you’re iPad whilst on the move. Akai clearly see this as a major selling point as they stress this feature in the official information and video however the MPC Fly is much more than just a case. It has 16 genuine MPC velocity-sensitive pads in the typical 4×4 layout to ensure the quality we all know and come to expect. Not to mention the benefit of a well-designed and integrated app which allows you to sequence 4 tracks at the same time.

Before I used the Akai MPC Fly I was quite sceptical about how it would perform, as I’ve mentioned you expect a great amount of quality with MPC controllers, which I couldn’t see being maintained into such a compact and versatile package. Unfortunately I was right, it just doesn’t posses the luxury of other, more expensive MPC units. Perhaps I was being unrealistic to have such high expectations of an MPC controller that costs around $300 in comparison to others for more than triple the price. But to get the best results out of the Fly it would ideally need to be integrated into a Digital Audio Workstation, the fly as a stand-alone device wouldn’t be able to produce anything at a professional standard.

The app itself is quite impressive and as I’ve mentioned you can sequence up to 4 tracks simultaneously and has a respectable library or drum samples and sounds that were of a higher quality than I was expecting. You can also adjust each sample through Akai’s sophisticated 16 level mode. As well as this you can also take samples from you’re iPod library, which is a very convenient and beneficial feature. But the greatest advantage is the Fly’s portability and it can be used just about anywhere, although you may receive a few strange looks.

Despite an unpromising start I really liked the MPC Fly, it didn’t have the luxury that I was hoping for but at the end of the day it’s still an MPC unit and the feel and swing is almost bread into its genes despite how inexpensive it is. Its also aimed at a varied audience as it could realistically be used by producers making their way to the studio or by the small time enthusiast making beats in their bedroom, either way it fits right in. Also it’s not compatible with 1st generation iPads Watch the official video of it and see what you think.