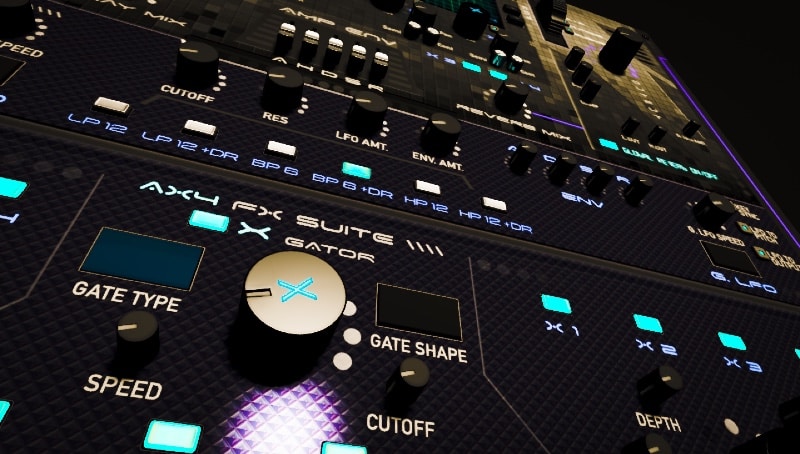 In the last few days two developers of Rack Extensions announced that they are going to release new synths soon and posted some previews.

First is a new version of Blamsoft Viking – VK2. Which is complete redesign of Viking synth (available as Rack Extension for Reason and as iOS AU-compatible app).

VK2 is collaboration project between eXode and Blamsoft and has all-new DSP code and flexible modular structure:

Second RE plugin that was announced recently is a powerful rompler (sample based synth) with 4.2GB library of sounds and cool modern looking interface. New synth is called Aquios X4 and it is developed by DNA Labs. Their previous rompler-synth was Hydronexius workstation and it received very good reviews from Reason community. Based on success of their first synth DNA Labs took the concept even further and dramatically extended sound library. New device price is expected at $119.

And of course most of Reason users are waiting for RevealSound Spire which was announced as Rack Extension for Reason while ago.

It combines comprehensive synthesis video course with interactive challenges in which you program a built-in soft synth.

Syntorial comes in two editions – iOS app and desktop (mac, win) app. If you buy Syntorial from the website, not from the AppStore, you’ll get both versions for the single price.

A new way to Learn Synthesis
Try for FREE at Syntorial.com