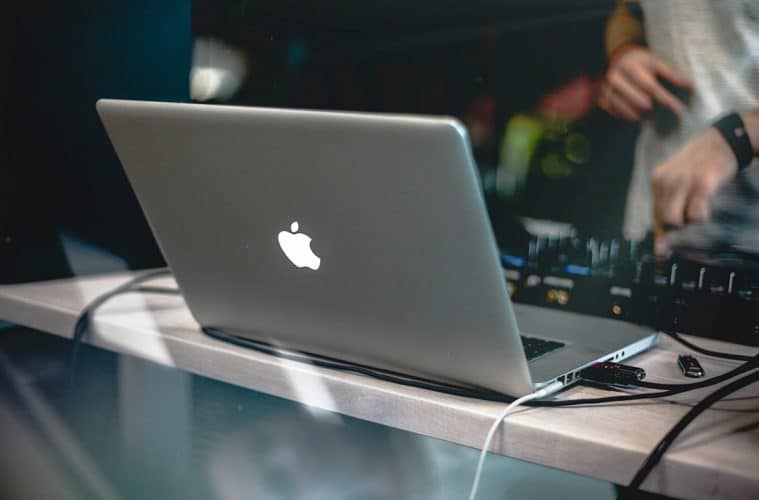 Finding the perfect combination of plugins for your needs might not be that easy.

While the first thing that comes to mind is that you can just take as many as you want seems viable, there are a few problems you’ll come across along the way.

The constant struggle of Windows computers versus Macs has been present in almost every field. Of course, the same discussion found its way into the world of music production. And you’ll see many producers or musicians (both professionals and amateurs) fighting over what’s a better solution – a PC or a Mac.

This is often due to the choice of proper software and how it works on a given system. But in this case, we’re interested in pitch correction plugins. Particularly, the one we’re looking at is GSnap.

Now, although it’s free of charge, it’s only available for Windows users. And knowing that it’s a great and useful plugin, it comes as a real bummer for Mac users.

But don’t worry, as we’ve decided to look into this matter and bring you the list of the best GSnap alternatives for Mac.

It took a while to narrow things down, but this is the final list that we came up with. We found plugins that are either free of charge or the regular commercial kind.

And what a better place to start than the legendary Auto-Tune?

This is a professional level plugin that will help you achieve any type of pitch correction for virtually every musical style that you need.

Yes, it’s not the cheapest one, but it’s still pretty much the industry standard.

Whether it’s the real-time correction or editing during a live show or additional correction in the studio, you’ll be able to achieve anything with it.

Over the years, the plugin developed to the point where you have an abundance of additional features. These do not only make your work easier but also make all corrections sound as if there was no editing done.

Not even the most trained ears will be able to notice some corrections. 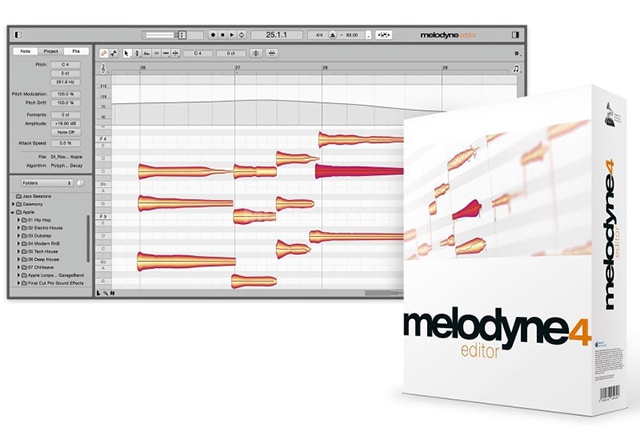 Melodyne has become one of the world’s most famous pitch correcting plugins today.

In some way, we can say that it became as big as Auto-Tune. Now, what’s rather exciting about it is that there are special algorithms that make it a very versatile piece of software. This means that Melodyne doesn’t work the same way for any audio source.

For instance, any vocal recording won’t be processed the same way as instruments. What’s more, you can also use it for percussive instruments, noises, and even entire mixes of songs.

Now, aside from the basic pitch editing features, we also have a few other interesting additions.

Firstly, Melodyne comes with its extensive collection of scales. This means that you can take one melody that’s, let’s say, performed in Aeolian mode, and then change it into the Phrygian mode. Of course you can just use this to correct the pitch automatically if there are any slightly out-of-tune notes.

Secondly, we have the option to edit timing, shorten notes, reverse them, quantize everything – you name it. Then we also have the tempo editing, amplitude editing, and an abundance of many other functions and features.

In case you’re an avid FL Studio user, then you might want to check out NewTone by Image-Line that works both for Windows and macOS versions of this famous DAW.

It might not be as versatile and high-end as Melodyne or Auto-Tune, but it’s still significantly cheaper. If you need some basic pitch correction, this one will be easier to use.

And aside from this basic pitch correction, it’s also capable of track slicing, time correction, tempo correction, and many other things.

For instance, you can slice the track into “blocks” and then put arrange them any way you like, while managing to create one reinvented yet coherent instrument or vocal track. It’s simple to use, but it’s very potent. 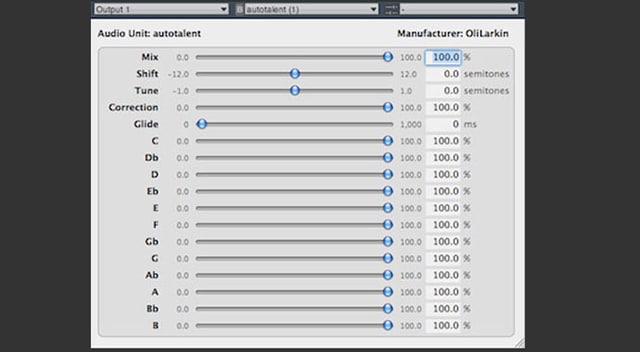 Was there ever a more suitable name for a plugin than “Autotalent”? But all the jokes aside, Autotalent is an open-source plugin that comes as a great alternative to any standard commercial (and, dare we say, expensive) pitch correction plugins out there.

Made by Oli Larkin back in the late 2000s, it’s developed into a very versatile software that can help you with any kind of pitch correction.

Aside from regular studio work, it can also handle real-time pitch correction.

Although it’s theoretically possible to use it in real-time, it doesn’t show the best results in these settings. Nonetheless, this plugin is pretty useful for pitch correction. It might be tricky to use for some, but it’s worth checking out by all means.

Needless to say, it’s also an expensive one. However, this plugin is aimed at professionals who are looking for some of the best ways to correct the pitch and completely “reinvent” their tracks.

Made by Synchro Arts, the plugin comes with a few important features.

APT deals with the essential stuff any professional pitch correction software does, including pitch, vibrato, timing, and levels. It’s pretty realistic in what it does.

Warp works with the timing and pitch while it also retains all the essential qualities of an audio recording. And Doubler simply helps you create realistic-sounding doubled tracks both in stereo and mono. 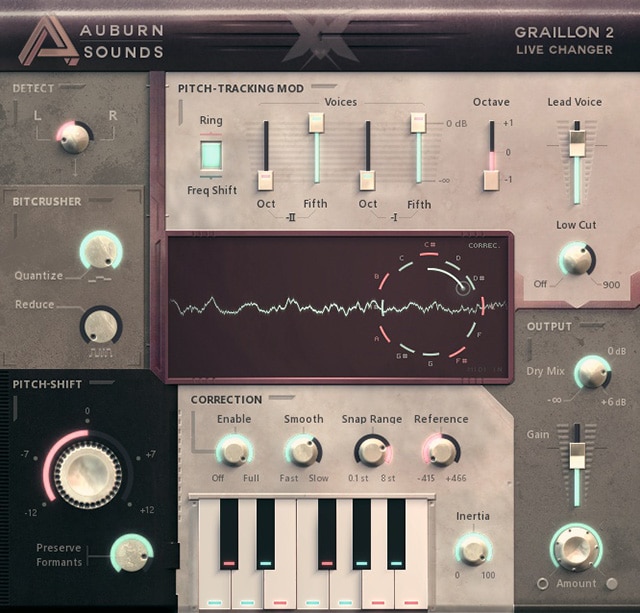 This plugin is free of charge but still does some pretty amazing stuff.

If you’re looking for a free substitute for GSnap, this is probably the best option you can get.

It has a pretty great-looking interface, making it quite easy to use. It’s focused on vocals and it has low latency, which also makes it a good option for real-time pitch correction.