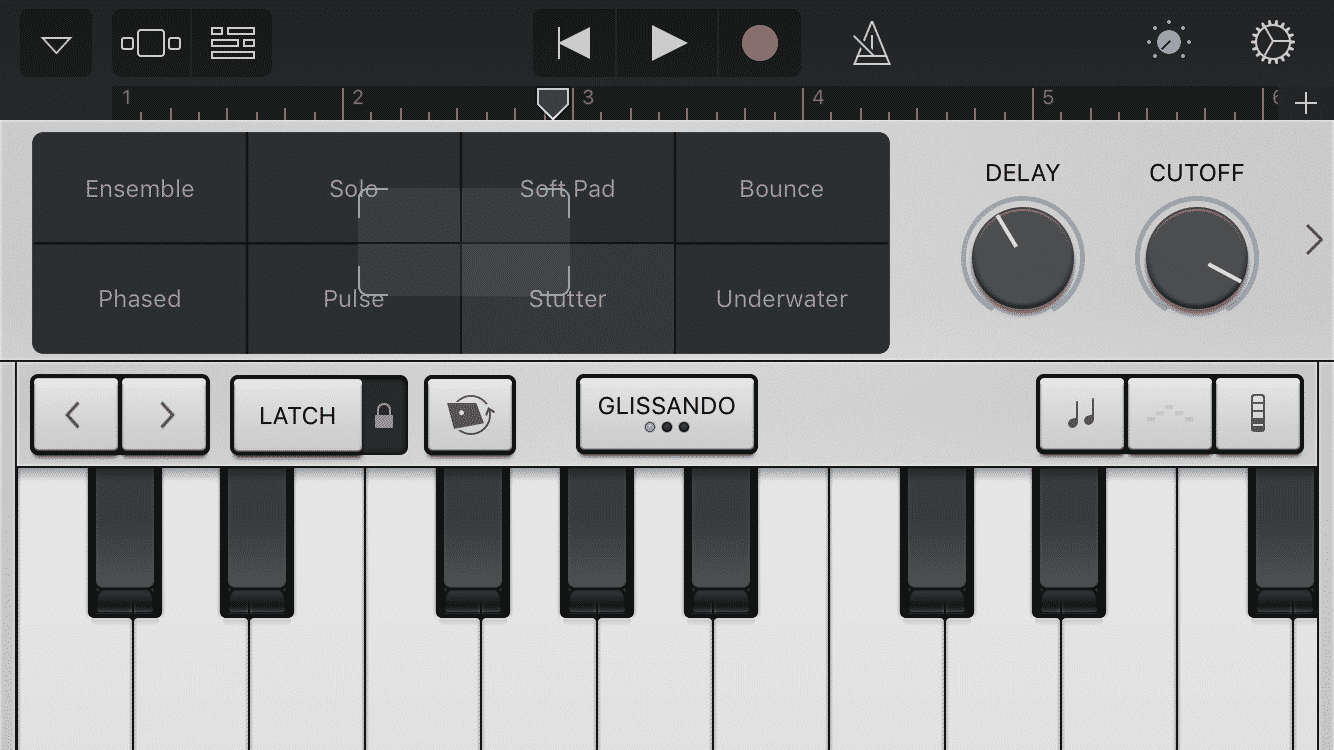 idsoundJanuary 24, 2017
DAWsMusic Apps0 Comments 0
Recent GarageBand update is a huge step forward for making a full-featured DAW. After playing for a few days with the update – I really dig into new features and here’s what I see as the game-changing updates:
Effects section
Finally we have the ability to insert effects into the tracks.
Apple added 13 effects: Bitcrusher, Chorus, Distortion, Effect EQ, Flanger, Microphaser, Overdrive, TrackEcho, TrackReverb, Tremolo and Vocal Transformer + Visual EQ (3-band visual EQ), Noise gate and Compressor as well as ability to add AU-effects.

With variety of AU effects and much more coming from third-party developers you can process your sound quite dramatically.
Interoperability with Logic Pro
Thanks to the iCloud Drive and update of Logic pro you can now easily export your Logic pro project into GarageBand for iOS. When exporting it bounces master channel into project with the single audio track and tempo information.
Of course you could do that before with bouncing your Logic project into audio file and open and import it in the new GB project. But it requires several steps that could kill the creativity and desire of continue working on your project on iPad and iPhone.
And as always you can export your GB iOS project back into Logic.
Alchemy synth
After acquisition of CamelAudio and introduction of Alchemy in Logic it was just a matter of time when it comes to iOS. This synth alone (even limited in controls) makes installing GarageBand worthwhile.
Touch Instruments
Though there were no updates in Touch Instruments this time – with ability export your Logic work-in-progress into GarageBand and add some touch performance to it makes it much more valuable. And with extended processing and AU effects support you can get truly unique sound.
iPhone or iPad
On the iPad we have good variety of options when it comes to iOS DAWs: Cubasis and Auria are powerful DAWs capable of many things that are still missed on the GarageBand. But all the new things mentioned before: new effects, touch instruments, Alchemy synth and interoperability with Logic put GarageBand back into the list of DAW-to-to.
For the iPhone situation is a bit different – GarageBand along with Korg Gadget are the only powerful solutions that allows you to make a full track and though I love Korg Gadget – for many things I would prefer GarageBand.
What’s Missing and What’s Next?
First – having full featured synth would be really nice. Vintage synth from logic or ES-2 could be very good choice and latest iOS devices are more than capable of running many instances of those.
Second – better audio editing. Both Cubasis and Auria are way better in this part.
Third – more professional effects. 3-band EQ is nice but what about 8-bands? Some better reverbs and delays? Send and return tracks? I’m sure sooner or later we will see all these features implemented and it is great to see Apple keeps updating its music software.