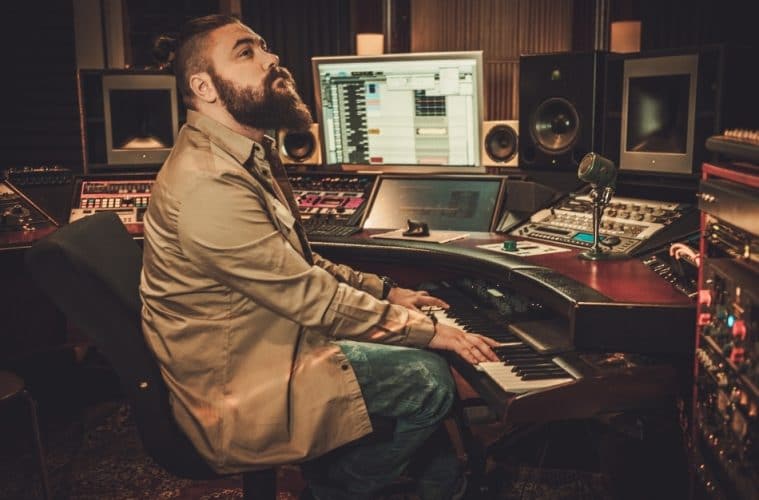 Now, without getting too much into the scientific realm, today we’ll talk a bit about what Granular synthesis is, why granular synths are important, and what some of the finest granular synth VSTs on the market are.

What is Granular Synthesis

In short words, granular synthesis resembles what most people call ‘sampling’. It picks up the signal and atomizes it into tiny bits and pieces, playing them back at ultra-slow pace.

Now, these bits are commonly referred to as ‘grains’ (hence the name) and in spite of being different from ‘traditional’ samples actually share some similarities with them.

Grains are much easier to manipulate and stack, which are just some of the numerous reasons why more and more people are starting to toy around with granular synthesis.

Ideally, you’ll want to try experiment with multiple methods and approaches (FM & wavetable, for instance) for the most exquisite, unique effects; granular synth VSTs are an excellent starting point, so let’s see some of the most popular ones on the market:

Fruity Loops virtual sound tools and instruments are both budget and beginner-friendly, which are the two main reasons why we’ve decided to open up our review of the best Granular synth VSTs with the Fruity Granulizer.

Essentially, this a plain, straightforward granular plugin that can be utilized in practically any rig, although it goes without saying that it works best with the FL Studio setup.

It is minimalistic and remarkably easy to use, but doesn’t take away the fact that it’s still a very well-rounded tool.

The Fruity Granulizer offers you the means to fine-tune the grains, reinforce the effects, modify the transients, and spice things up with a bit of time-altering finishing touches.

It also rocks a relatively basic wave-shape graphic that will help you have a clear overview of implemented effects and the initial signal.

The ‘grains’ section is comprised of the attack, hold, granular spacing, and wave spacing knobs; the ‘effects’ portion of the Fruity Granulizer doesn’t actually feature built-in effects, rather it provides tweaking capabilities in terms of pan, depth, and speed.

The ‘Transients’ and ‘Time’ sections are far simpler, featuring a single knob and several selectable options.

The ‘Ribs’ granular synth VST is brought to us by the Hvoya Audio, and what’s most fascinating about it is that you’ll get a free tutorial on how to use it as soon as you download it.

Another interesting thing about Ribs is that it is free to download, although you can contribute to the brand by pitching in a couple of dollars (or more) should you wish to do so.

Now, let’s switch gears a bit and return to the practical elements of Ribs. Basically, this software is pretty difficult to use, but it’s as eclectic as they make them.

In fact, most of its features are pretty much incomprehensible by beginners, mainly because the parameters and functions are not as self-explanatory as with Fruity Granulizer, Polygon, or BioTek 2.

Ribs is split into three logical pieces, with the centrepiece being the wavetable graphic editor, followed by effects, envelopes, and sync sections, and lastly a comprehensive, well-balanced EQ that boasts wave-shaping, tone-shifting, and various tweaking capabilities.

The biggest downfall of Ribs is that it is not compatible with .wav formats, but it’s certainly worth checking out.

GlitchMachine garnered quite a bit of attention with their flagship Polygon, and now they’ve improved it and tweaked it to the point where the new rendition is so superior that it can stand on its own two feet and even challenge the performance of its predecessor.

This eclectic VST plugin is exceptionally versatile, but it’s also friendly to beginner producers and DJs to a degree.

In a nutshell, the Polygon is the Jack of all trades in the world of granular synths, and despite the fact that it’s laden with a ton of features it’s actually fairly easy to tackle its learning curve.

Sound Guru’s Mangle is an eclectic granular VST that is available at a dirt-cheap price. You can download the free trailer video for free that showcases its main features, and we’re pretty sure that you’ll like what you see.

Mangle sports a detailed wavetable connected to the various wave-shaping features, and it also sports numerous LFOs, envelopes, and oscillators, as well as a fairly comprehensive mod matrix. There aren’t many drawbacks you should be aware of, although the UI does seem like it could use a bit of work.

The main features selection panel is squeezed tight, but the good thing here is that you will be able to split modulators from the key map area, the positioning chart, and the matrix for a better view.

Ultimately, Mangle is simple, but versatile, cheap, and exceptionally rewarding to both beginners and experienced producers.

Aside from manufacturing this remarkably simple granular synth, Plug & Mix also provided a detailed tutorial that explains every little feature it comes supplied with to the letter.

This is, by all means, a beginner’s granular VST, although it does come outfitted with a bunch of cool features that could come in handy to seasoned veterans too, such as the eclectic ‘grains’ customization panel, the pitch-shifting section, and the ever-so-needed signal mix feature.

Its simplicity also hides its inability to actually do much in terms of EQ mixing, though.

Granulizer is compatible with both Mac OS and Windows, and it is available in a variety of formats aside from VST (such as RTAS, AU and AAX Native).

It’s remarkably cheap, and instead of purchasing the user-bound software, you’ll be able to install it on up to five different computers with the same key.