How to EQ Vocals

Most of the music out there is vocal-centric. This means that all the vocals all the time should sound absolutely perfect.

Whether it’s a live performance or a studio recording, everyone will be paying attention to vocals the most. However, tweaking the voice to sound just about right is not exactly the easiest task.

In fact, many of the amateurs and semi-professionals will always have a hard time setting up vocals the right way. But the last thing you want is to have a quality singer sounding awful in the mix.

With this in mind, we’ll try and explain a thing or two on how to properly EQ the vocals.

Choice of a microphone is essential

Before we get fully into it, we need to point out that the quality of the input is of essential importance of any type of recording or a live show.

There’s no amount of editing and mixing that can help you if the original recording sounds awful.

So before even getting anywhere near the mixing console or your EQ plugins, make sure to have a suitable microphone for what you need.

Look into different polar patterns and think whether you need a dynamic or a condenser mic.

Each microphone picks up audio differently and will focus more on specific sets of frequencies. This is the reason why you really need to take this into consideration before recording or tweaking the EQ knobs.

It’s all about the vocalists 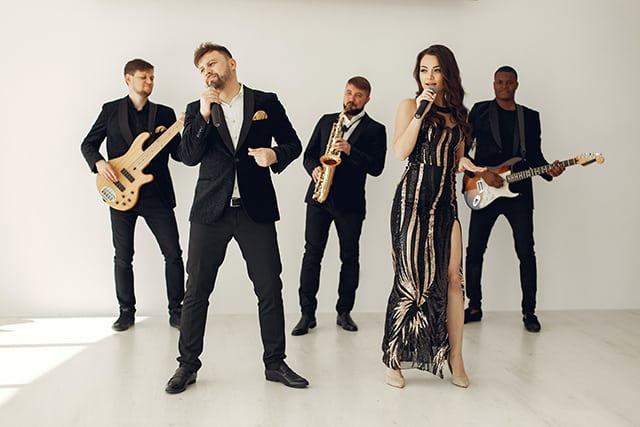 If you’re recording entire bands, or setting up the EQ and levels for live shows, there’s an order of operations you’ll need to respect.

Start with the lower-end spectrum and go from drum sets, then move to bass guitars, guitars, keyboards, and then the vocals.

The idea is to make them all work together and not have them go into each other sonic “territories.”

And before setting your hands on lows, mids, and highs on the mixer’s EQ, you’ll first need to be setting the gain knobs for each of the instruments.

But while setting the EQs of all the individual instruments, bear in mind that you’re giving enough “room” for the vocals. If you do everything step by step and tweak the way you should, laying the vocals on top will be like a breeze.

The way you should be looking at the EQ is that you not only boost but also cut specific frequencies. This is especially made easy with parametric EQs.

Depending on the type of the microphone, the singer’s voice and technique, the room you’re recording in, and the rest of the band, you’ll need to be cutting some frequencies in the vocals.

And these unwanted frequencies can be all over the spectrum. In addition, the vocals can have a lower end boost to them if the singer is too close to the microphone. This is also known as the proximity effect.

The microphone will also pick up the other instruments, and that’s also something you’ll need to be thinking about while setting up the EQ.

Tweaking over the spectrum

So when doing the vocals, you should first start with high pass filters and cutting off everything below a particular frequency.

Some may suggest that you cut off everything below 100 or 150 Hz, but this depends on various factors and the given situation.

After dealing with the lower end of the spectrum, focus on the lower mids or the higher low-end range – somewhere around 330 to 360 Hz.

This is a bit of a “muddy” area, and if we’re talking about male vocals, you might get a really muffled sound if these frequencies are pronounced.

Start cutting a few dB at a time and listen to what happens. The point here is to allow the vocals to stand out in the mix by cutting frequencies in this area.

Go up the spectrum and try and find potential issues if there are any. For instance, the higher mids or the 2.5 to 4 kHz area might add some unwanted harsher “grinding” vibe to the tone.

However, if you cut this area too hard, you might lose some clarity. So be very patient and focused when tweaking these parts.

This is usually between 5 and 7 kHz, and you’ll need to find the exact spot to filter out in this area, depending on the singer. Again, cutting too much here will reduce overall clarity.

Everything above 8 kHz can help you add that cutting edge to the lead vocals.

However, this is also where all the cymbals and high-end noises are. If you overdo on these frequencies, you might pick up too much of the unwanted stuff in the vocal mic.

Of course, cutting is a bit more complicated if you have an analog mixer. You’ll need to be looking at the “Q” control, or the bandwidth, as well as the frequency range knob for lows, mids, or highs.

Of course, everything these days is more accessible with digital mixers or plugins.

Listen to the whole picture 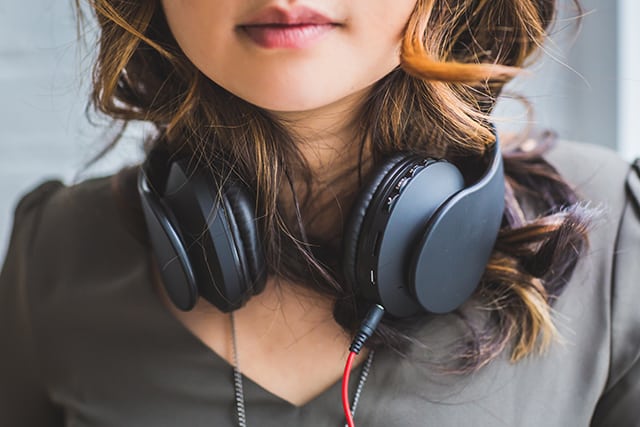 After setting it all up, you’ll need to take time and listen to the whole picture.

If something sounds like it’s lacking, try and boost these frequencies a little bit, without bringing too much of the unwanted noise.

For instance, if you think there needs to be more lower-end in the vocals, boost narrowly somewhere around the 200 Hz area. If you need more clarity, try narrow boosts around the 6 to 8 kHz territory.

In case you’re doing a live show indoors, it would be a good idea to walk around the venue and hear if every part where the audience should be doesn’t have any unwanted noises.

At the end of the day, setting up vocal EQs is not only about the vocals. It’s about the whole picture and helping singers stand out in the mix without making everyone’s ears bleed.