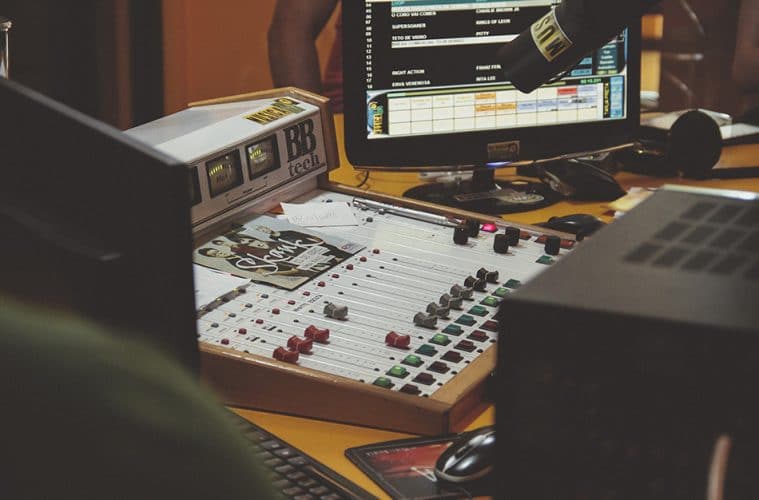 This is why all of us are using atmospheric effects like echo/delay and reverb.

Without them, it just seems that there’s no real point in doing any type of recording and processing, especially if it’s the lead instrument or leading vocal track in question.

Now, some may prefer delays, some may like reverbs more. It usually comes down to either personal preferences or specific settings that you’re trying to make.

For example, delays are popular with more “modern”-sounding settings, while reverbs are often “vintage”-oriented. (Of course, this is open for discussion.)

Either way, it’s always good to have both in your collection of plugins. This is why we decided to go into one of the reverb plugins that caught our eye.

The software in question is OrilRiver Reverb. It was made by an independent developer Denis Tihanov (or so they say) and offers a few interesting twists to this classic effect.

There are some things that make it so exciting, so we decided to dive more into it and share our thoughts on it.

After all, it’s completely free of charge, so who wouldn’t really get excited about it?

First, it’s important to note that the OrliRiver reverb plugin is completely free of charge. Which is kind of a surprise for a reverb of this caliber, but we’ll get to that later.

It’s intended as an algorithmic stereo reverb that’s able to emulate reverberation of smaller rooms, larger halls, and everything in between.

So let’s start with the interface. At first glance, we can see that it presents only the controls, without any special visual representations of the signal.

However, all the controls are pretty clear and laid out in such a way that it’s easy to figure out and use for any purpose. There are also two graphical interfaces to choose from, depending on what kind of style you prefer more.

Controls are laid out from left to right as if they were on a standard rack-mounted unit or any other type of physical format.

Going from the left side, we have the main input signal slider, labeled as “dry.” Here, you can determine the amount of the input signal fed into the plugin.

On the right side, we have three additional sliders for saturation (labeled as “wet”), reverb level, and E.R. or early reflections level.

While we’re at it, there are 12 of these early reflection presets in total. At the same time, it allows 5 different reverb tail variations.

Of course, there are basic controls as well, like the pre-delay and width. The latter handles the stereo mode, allowing a more “spacious” feel in the mix.

There’s also the room size parameter, but the plugin offers a few other great additions. We have diffusion parameter, damping intensity plus other damping controls, as well as gain and shelf sections.

As far as gain and shelf goes, each of these sections has three dedicated knobs. Basically, gain controls the EQ of the dry signal, while the shelf section adjusts the EQ of the wet signal.

Overall, the plugin is capable of its internal 64-bit processing and has a sample rate between 44.1 and 192 kHz. There’s also a great deal of pre-made factory presets for many different settings.

Released back in 2016, it still delivers quite a punch. Especially knowing that the plugin is completely free.

So to put it simply, its performance is pretty close to a lot of the commercially available reverb effect units and plugins out there.

Of course, it’s nothing too flashy and it does lack a few features a more professional reverb would have. It would be a good idea to have something more visual in the GUI. But nonetheless, it’s far from something you’d want to look over.

First, from reading through all the features, it’s pretty clear that this is one very versatile reverb plugin.

You don’t often see even some of the most expensive ones with so many detailed parameter controls. Sure, some may prefer to have a simpler plugin that does a quicker job, but having such control over every parameter is something music makers from all sides prefer.

The addition of input signal dry level, blend control, as well as the overall reverb level really makes it special. Just with these few controls, you’re able to do a lot.

Not to mention the early reflection section, which creates such a realistic representation of any type of room that you need.

Well, okay, it may not be that realistic as compared to some expensive and really advanced plugins, but we’re still baffled how great and versatile it is for a free plugin.

But as if this wasn’t enough, it’s also great to see the EQ options for both the dry and processed signal. This offers a great opportunity to shape all the aspects in detail.

The fact that it’s completely free of charge makes it a great choice for beginners or just home recording enthusiasts.

Although this is the first thing that comes to mind, we assure you that the plugin is way more potent than just that. While it’s nothing flashy or luxurious, it still brings quite a great performance, even for some semi-professional and professional users.

And like we said, it’s surprising that such a versatile plugin is available for free.

Of course, some beginners might find it a little bit too confusing, as they might not be familiar with what every parameter control actually does.

But if you’re experienced and are operating on a budget, then there’s not a single reason in the world why you shouldn’t give OrilRiver reverb at least a try.