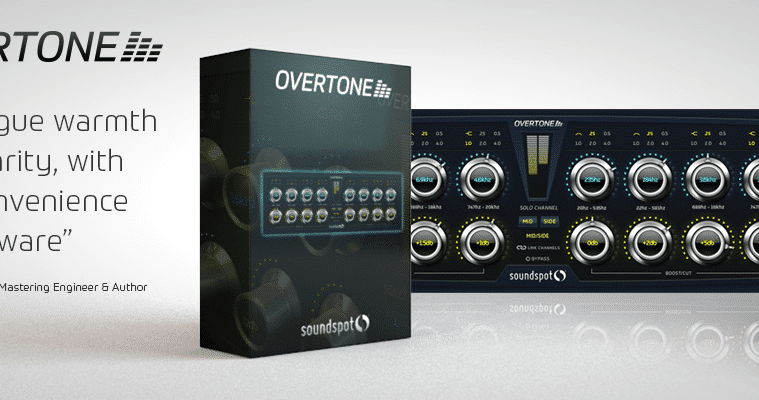 Getting things sorted out with your home studio might not be the easiest task, but it’s not impossible to have everything the way you intended it to be.

Whatever genres and styles of music you’re recording or creating, there are all sorts of tools that can help you in your endeavors.

This goes both for hardware and software. But it’s not that hard these days to find a great computer and a solid audio interface.

Of course, there should be some investments involved in the process, but if you saved up enough, you pretty much know which components and sound cards and other accessories you’re supposed to get. You’ll even be able to get a pretty great DAW for free or for a pretty affordable sum.

But problems might occur when you’re trying to get the proper plugins and other accompanying software that will help you tweak your sound the right way.

Things usually become really difficult with those “boring” plugins, like compressors, equalizers, and other software tools that help in the mixing and mastering process.

They’re actually way more delicate and complicated than one might think.

This time around, we’ll be looking into one of those kinds of plugins. The one in question is the Overtone EQ, made by a company called Soundspot.

Knowing that they have a whole bunch of great stuff to offer, for more than a decent price, we figured we could check out this EQ and see what it can do.

Described as having “analog warmth and clarity” along with “the convenience of software” by its creator and engineer JD Young, there were quite a few exciting features when it comes to Overtone.

Basically, anything that a classic analog mixing console can do, Overtone can do as well.

And it’s all packed into one very easy-to-use plugin.

The whole interface design is intended to replicate the operation of old analog EQs. The approach might feel a bit old-fashioned for those who are not familiar with these concepts, but it’s not that hard to get used to.

As the company explains, when you’re “deprived” of the excessive visual information, you’ll trust your ears more and will be able to do a mix that sounds better rather than to rely on different indicators.

You supposedly should not look into those “conventional” EQ curves we see these days in different online tutorials.

While we understand what Overtone creators meant by this, there could have been some more user-friendly features with it.

It’s not bad by any means, it just might make it more difficult for those less experienced with analog equipment.

Another important thing they figured they could do with this plugin is to go away from the expected bright and clear tone, and instead add something with its own coloration.

Neutral-sounding EQ plugins are available in many shapes and forms, so it is in a way quite a refreshment to get something “warmer” and just slightly “muffled” to replicate the old school tones.

This is achieved through the use of the classic saturation effect, which is technically a form of mild distortion.

Saturation is added only to the boosted signal, and it just adds a little bit of harmonic content and warmth.

What this means is that you can cut the unwanted frequencies and keep the classic conventional clarity to the tone. It’s only when you boost certain frequency ranges that the saturation does its magic.

And another thing – whether or not Overtone will add saturation also comes down to the type of signal you’re feeding into it.

If it’s a lower gain input, then no saturation will be applied. But if you’re feeding it with something high-gain, then saturation kicks in. It’s somewhat comparable to how tube amplifiers and preamps work.

Another exciting addition is the ability to tweak the entire stereo image and the “mid/side.”

This means that you can first get the entire mix done, and then switch to this other mode to create a more open audio image. Using the solo buttons, a user can also individually process both sides. This is a very useful feature.

And then we come to the notched frequency ranges and creating different overtones in the style of the old “boutique” mastering and mixing hardware.

It might sound weird for those used to the modern “transparent” tone of standard EQ plugins these days. Nonetheless, they’re adding some very ear-pleasing structures to the tone.

Last, but not least – we have the channel linking feature.

The EQs usually make a direct copy from the left to right channel with this feature. However, with Overtone, you have more flexibility where you can select different controls on each side and then have it mirrored.

For a quick tour of the plugin, check out the video below:

Look, we all love the good old analog mixers. But having an old school analog mixer might not be the cheapest solution, so Overtone presents a very useful substitute.

Yes, it will require some getting used to for those who are not familiar with vintage stuff or just mixing and mastering plugins that are inspired by vintage gear.

But at the same time, we should note that Overtone is intended for those looking to have a vintage twist to the mix. Like we said, this was the intention and no one is saying explicitly that this is a better approach than having the “clear” and completely flat basis to work on. This is just something different that will, as the plugin’s name suggests, add some slight overtones to the mix. It’s as simple as that.

With this being said, we don’t recommend the plugin for those who are not specifically looking for a vintage “boutique” approach. However, if you’re somewhat experienced and are interested in getting into the analog-inspired stuff, then this could be a good way to start.

All in all, it’s one of the best EQ plugins we’ve tested, specially for that old-school EQ feel.