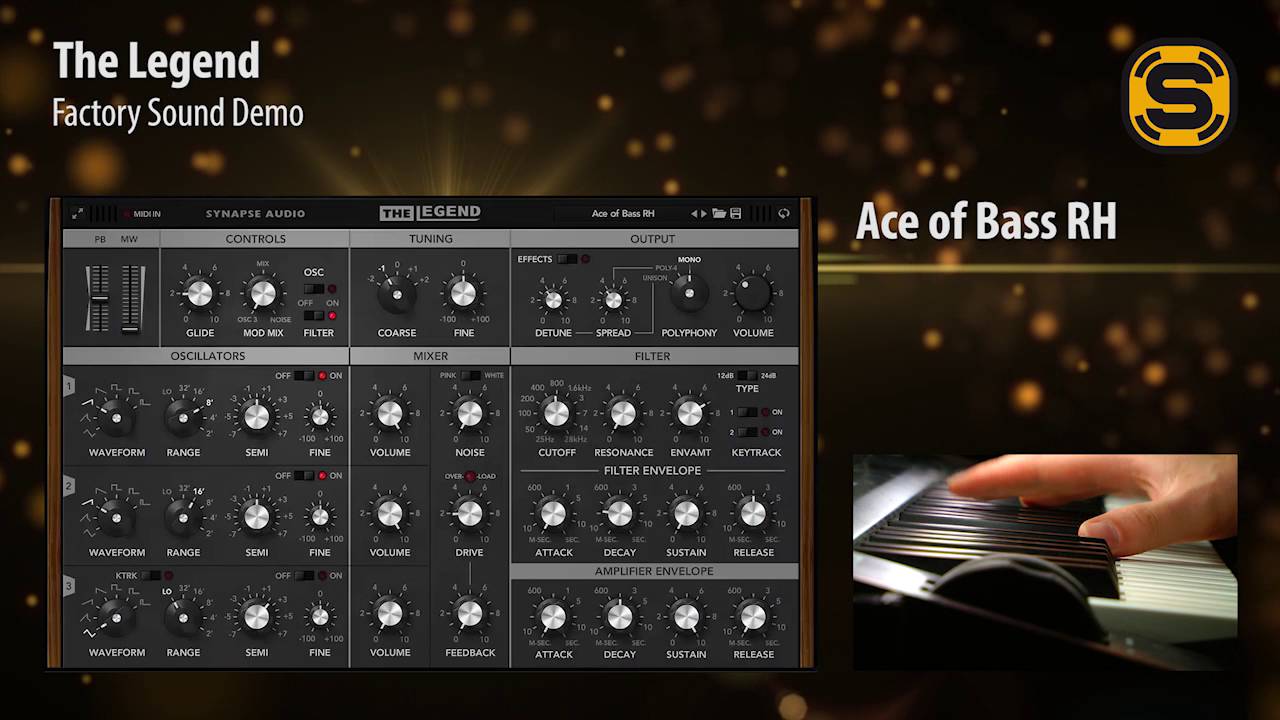 idsoundSeptember 21, 2016
FeaturedSynths0 Comments 0
Synapse (developers of Dune and Antidote synths) has released new Rack Extension for Propellerhead Reason: The Legend.
The Legend is modeled after legendary Moog’s MiniMoog synth with several additions not found in the orginial synth.
“Every component, ranging from the voltage-controlled oscillators (VCOs), voltage-controlled filter (VCF) and voltage-controlled amplifier (VCA), have been modeled to an accuracy never seen before in software. Furthermore the snappy filter and amplifier envelopes have been meticulously modeled, as well as the massive bottom end – even the most marginal effects like temperature drift or effects originating from the power supply have been taken into account.”
Anybody who have seen Minimoog or any plugin that recreates it (Arturia, NI Monark) will find familiar interface – three Oscillators with Moog-style controls, Mixer session with Noise and Feedback, Two Envelopes – One for filter and another for VCA. But also there are couple of new things…

First addition comparing to the original is Poly-mode. Second – it has Unison. At the back-side of the synth you can also find Reverb and Delay section.

What would be cool is to have Envelope CV outs (I hope Synapse add it in the future releases) – but except that it is perfect virtual analog synth that sounds fat and really analog. I would say it has the most analog sound comparing to any other RE-synth. And also from the design point of view – it is one most beautifully designed rack extensions. It looks great with a new Reason 9 black theme.
The Legend is available in Rack Extensions Store for $99 – which is great price tag for one of the best sounding Rack Extensions.