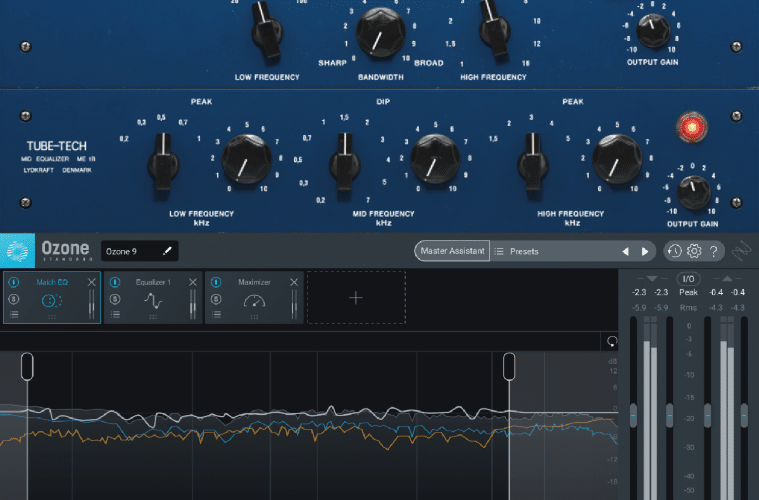 The shopping season is upon us. Some of our readers will shrivel at the thought of standing in line for hours, wrestling other shoppers to get that brand new flat screen tv you don’t need.

Others will recognize that this is the season to load up on VSTs, plugins, DAWs, and music gear without having to leave their house.

With that in mind, we’ve searched the web and reached out to our partners to find the best Halloween gems.

Looking for a sampler plugin?

Serato sampler is a tried and tested plugin for sampling.

We could give you an in-depth review, but the name speaks for itself, plus most of you will be familiar with this plugin already, so here are the promotion details:

And the offer is simply unbelievable: Pluginboutique is offering 95% until the end of the year. This means that the plugin that usually costs close to 200$ is now listed at 9.9$!

Zynaptiq’s Intensity plugin is a great example. It’s been knocked down 200$ to 149$.

Softube Tube Tech Collection- Up to 41% Off

Softube is one of the most reputable plugin providers in the market.

This halloween, up until the end of the month, they are offering 41% off their tube tech collection, which includes the tube-tech compress and equalizer collections.

Softube Modular Synths- Up to 45% Off

Softube has also put their modular synth plugins on sale.

With up to 45% off, there are a few bargains to be bought, such as Tube delay and Spring Reverb.

If you’re looking to add to your modular synth arsenal, then this is a great opportunity.

Air music is a fairly well known VST maker. They have previsously released an impressive drum synth, and now they are offering an astounding 90% off some of their synths.

These include the Vaccum series, the Loom II, and Hybrid 3.

Are you into futuristic synths? Then you’re probably familiar with glitch machine.

They are the reference when it comes to warped sounds and glitches. These are particularly popular with electronic music producers but can be used in a variety of genres including rock and hip-hop.

The bundle that is currently being offered at a steep discount (would normally cost 255$, now costs 15$) includes:

To mark the launch of the Ozone 9 mastering suite, iZotope is offering up to 40% off in the suite of products.

Some of our favorite features include:

If you’re looking for a world class trance music bank, look no further.

AZS Halcyon is what you’re looking for. And at an astounding 75% off, this is a no brainer.

Pretty much any musical genre can be found at loopmaster’s halloween sale.

Some sample packs start at 2$!

Hurry up, the deals end in the 31st of October.

It contains sounds for d&b, dubstep, techno, and other similar genres.

Finally, for the analog lovers, here are a few deals on instruments.

The Guitar Center Drum Sale- Up to 50% off

Despite its name, the guitar center also has a great selection of drums.

Until the end of the month, they are offering up to 50% off selected items.

Check out their range here.


Note: This list is in constant update, so feel free to check back in a few days for new deals, or sign up to our newsletter to get notified of new deals.