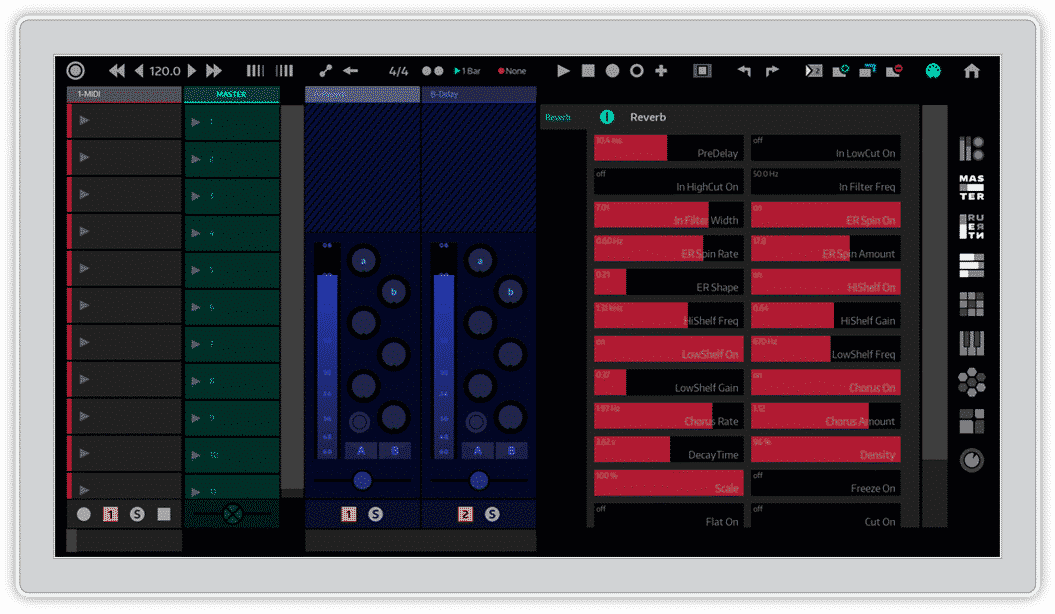 When I first have seen Yeco picture – I thought that’s a new hardware controller with touch-screen, and next thought was “hm… why would anybody make new device when you have lots of ipads and androids”. But Yeco is something new.

Addressed for people with Touch-enabled displays on Win and Mac (well, that’s mostly for Windows because there are minority of people using touch displays with Mac) that app would work great on devices like MS Surface. I need to say that Ableton Live is almost unusable on the MS Surface comparing to touch-friendly DAWs like FL Studio or Bitwig. So a good touch-layer is something that most of Live on touch-screen devices would love.

The app itself is fully-featured controller with clips launcher, keyboard, hex-keyboard, drum-pads for drum racks, xy-pads, mixer and Live-devices controller.

Here’s short intro video to get an idea of how it works:

Though multi-touch is not officially supported in OS X there’s a workaround for that using Touch-Base driver.

As there’s no demo version available you can check out Yeco features with set of 12 tutorials:

Software is available from the website: yeco.io and it costs 45 EUR (no demo version is available). Yeco works with Ableton Live 9.x.

Some other solutions to control Ableton Live with multitouch screen require iPads and 2 of my favorites are Touchable (great push-like keyboard, intuitive interface for Live devices control, Live browser support and many other great features) and Conductr (highly customizable app with great user interface).